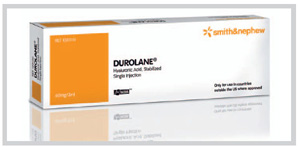 Hyaluronic acid can be used in early arthritis to improve the shock absorbing and health of the cartilage that is still intact. It generally entails a single injection into the knee and the success rate is good but not 100%. The period of relief of symptoms gained is also variable and ranges from days to years.

Steroid is very commonly used as it is a potent anti-inflammatory drug. However there is some evidence that steroid is toxic to cartilage and as such, in Mr Shepard’s opinion, should only be used in inflammatory arthritis or in advanced cases of arthritis when the patient is unfit for joint replacement.